Till Presumptive Death Do Us Part: Legal Process for Declaring Your Spouse Dead

Can I remarry if my spouse is absent for a number of years? Who can declare that my spouse is legally dead? What are the requirements for Presumptive Death.

In the classic marriage vows, couples swore to love one another “till death do us part.” This sacred commitment reflects dissolution of marriage in the Philippines.

Philippine civil laws do not presently recognize divorce to cut a marital bond. Legally speaking, only death can cut a marriage tie in the Philippines. Of course, one can seek an annulment of marriage or a declaration of its invalidity based on acceptable legal grounds.

However, a declaration of annulment of marriage means that there was no marriage bond to begin with. This is because of a defect in the consent of either parties during or before the celebration of marriage. The same is true in a petition to declare a marriage void from the beginning. In that case, there is a lack of an essential or formal element in a marriage contract.

There are situations which fall between these opposite poles of a valid marriage dissolved by death and a void marriage declared as non-existing.

This article features a middle ground. Here, a spouse seeks the presumptive death of his or her absent spouse in order to remarry. In effect, the spouse wants the termination of the prior marriage in order to marry again another person.

Is Presumptive Death even possible and allowed under our laws?

Suppose we have a couple named Ricardo and Salve who have been married for 25 years. Ricardo had been working as an overseas contract worker in Italy. After his five-year employment contract in Italy, he suddenly disappeared and did not go back to the Philippines. Despite Salve’s diligent search and inquiries, Ricardo’s whereabouts remained unknown. He literally disappeared and no news has been heard from him since then.

Five years later, Salve found love in the arms of another man. They both agreed to marry each other but they wanted to make everything in order and avoid future problems regarding Salve’s prior marriage.

Salve’s predicament here is unique but is not uncommon. Her marriage with Ricardo has not been dissolved yet since there is no confirmation that he is dead. He only disappeared without any information of his current disposition.

In order for Salve to move on and remarry, she has to undergo first a specific legal procedure in the Family Code. This is called a petition for the declaration of presumptive death of the absentee spouse.

Validity of the subsequent marriage

Article 41 of the Family Code states in its first paragraph that:

“A marriage contracted by any person during the subsistence of a previous marriage shall be null and void, unless before the celebration of the subsequent marriage, the prior spouse has been absent for four consecutive years and the spouse present had a well-founded belief that the absent spouse was already dead. In case of disappearance where there is danger of death under the circumstances set forth in the provisions of Article 391 of the Civil Code, an absence of only two years shall be sufficient.”

This provision aims to protect the prior marriage, the status of which has not been determined and settled. It also protects the subsequent marriage the spouse present enters into.

In order for the subsequent marriage to be valid, the present spouse needs to satisfy the following requirements:

The spouse who wishes to remarry should not decide on his own whether his spouse is presumed dead. Since the State has an interest in every marriage, its disposition should not be left to the whims of the parties to it. The intervention of a court is desirable and necessary to prevent circumvention of the civil laws.

“For purposes of contracting the subsequent under the preceding paragraph, the spouse present must institute a summary proceeding as provided in this Code for the declaration of presumptive death of the absentee, without prejudice to the effect of reappearance of the absent spouse.”

Before a court issues a declaration of presumptive death, there needs to be:

This requirement of a judicial decree validly issued is parallel with Article 40 of the Family Code on void marriages.

Avoid the crime of Bigamy

The spouse who prematurely contracts a subsequent marriage risks incurring criminal liability for the crime of Bigamy in our Revised Penal Code.

A person guilty of this felony may be punished with imprisonment of at least six (6) years and one (1) day to twelve (12) years.

The issuance of a judgment declaring an absent spouse presumptively dead shows good faith on the part of the spouse present. In complying this process, he can assert as his defense that there was no criminal intent to commit Bigamy.

What is a well-founded belief standard in Presumptive Death?

It is one thing to file the petition; it is another to prove that the spouse has satisfied the requirements.

This process is not simply a waiting game where the present spouse merely counts the number of years that has passed since the last news about the other. The lack of communication between the spouses is also not enough to establish one’s presumptive death.

The Supreme Court has always reminded the petitioning spouse of the standard which must be strictly followed:

“The ‘well-founded belief’ in the absentee’s death requires the present spouse to prove that his/her belief was the result of diligent and reasonable efforts to locate the absent spouse and that based on these efforts and inquiries, he/she believes that under the circumstances, the absent spouse is already dead. It necessitates exertion of active effort, not a passive one.” (Republic v. Tampus, G.R. No 214243, March 16, 2016).

Is this remedy available for other purposes?

A summary proceeding for the declaration of the absentee spouse’s presumptive death is not an all-purpose remedy available to any one who has a missing spouse. This remedy applies only when the purpose of the spouse who files the petition is to remarry.

This remedy is not available and is not needed where the spouse present seeks, for example, to claim death benefits under other laws.

What if the absent spouse suddenly reappears?

The sudden reappearance of the absentee spouse thought to be dead will not immediately resurrect the prior marriage.

At this point, the subsequent marriage contracted by the spouse present is valid and subsisting. Meanwhile, the prior marriage has been terminated subject to the condition of the absent spouse’s reappearance and compliance with certain procedures laid down by law.

Article 42 of the Family Code gives the instructions on what to do next:

“The subsequent marriage referred to in the preceding Article shall be automatically terminated by the recording of the affidavit of reappearance of the absent spouse, unless there is a judgment annulling the previous marriage or declaring it void ab initio.

A sworn statement of the fact and circumstances of reappearance shall be recorded in the civil registry of the residence of the parties to the subsequent marriage at the instance of any interested person, with due notice to the spouses of the subsequent marriage and without prejudice to the fact of reappearance being judicially determined in case such fact is disputed.”

The process in Article 41 is not a substitute for a divorce. Couples in disastrous marriages should not instantly resort to this procedure. A judicial declaration of presumptive death intends to fix a particular circumstance. It is not a band aid to cover marriages outside its reach.

If you have more questions about Estate Settlement, here’s an additional resource

I hope the article was able to help you out, but chances are you may have more questions about Estate Settlement. Please check out this additional resource and see if it can help you. Go to info.legalguide.ph/estate to learn more. 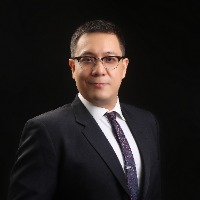 Atty. Ramon Ramirez
Estate Settlement Weekly Show Episodes 3 min read
There’s a Will? What do we do with it?