Tips for Drafting a Notice to Explain or NTE

One of the hardest things to do as a leader is making sure your team moves in one direction. When a team member goes another way or breaks the rules, it's the leader's job to get them back on track.

But how do you call them out on their mistake? Under the labor code, you do this by issuing a notice to explain or NTE, it's the first step to give them due process or giving them a chance to explain themselves before you impose a penalty.

But not a lot of people know how to do this, take our website reader who asks.

"Attorney one of my employees is habitually late. He did it again for the third time this week. I will have to penalize him. And I know that I have to send him an NTE or a notice to explain. Do you have any tips for drafting that?"

If you want to learn how to keep your team accountable the legal way? Stick around as we will share three tips for you. Stay tuned.

This video is brought to you by "How to Draft a Notice to Explain", an online workshop that teaches owners, managers and supervisors how to draft an NTE for any kind of work violation.

Set your boundaries by calling out violations, go to info.legal guide.ph/nte to learn more.

Welcome to Legal Guide Philippines, where we simplify the law to help you make better choices. And in this video, we will be talking about three tips when it comes to drafting a notice to explain.

Tip 1: you need an NTE when there is a penalty involved

OK, so you don't just keep issuing NTE to whatever perceived violation that violation has to have a penalty attached to it? Now, when we say penalty, let me clarify, a penalty is a negative consequence or effect to your employee.

So there can be a broad range of outcomes such as very light, that would be a written reprimand they receive a memo or can be a little bit stronger. Suspension can be demotion. Pretty strong. Or it can be termination. That's the strongest. So whenever any of these are present, there has to be a notice to explain.

Why? What's the logic behind that? Because you have to give them due process or an opportunity to explain themselves that way when you apply the penalty, they had all of the chances to clarify their position and it's required by the labor code.

And that actually make sense. We live in a country which believes in due process, and it's everywhere in our laws, even in obviously in criminal law. We can't just charge somebody with something or throw them in jail. without even asking about the details.

And this is the same with the employees as well, right? That's true. And I wanted to point out one thing. When it comes to NTEs, there is a specific form that it has to take under the law. What's the form Attorney? Written. Written... So handwritten or... It can be handwritten if you want. But it has to be.

And what's the logic behind this?

It's a written document asking the person to explain why they shouldn't be given a penalty. And these are the accusations as well as the possible consequences if they don't get to prove that they're innocent.

Tip 2: the charge has to be clear and specific

Now, I want to move on to tip number two, which is the charge has to be clear and specific.

Now, what's the reasoning behind this? The whole logic for doing all of this is to give the employee due notice, the opportunity to defend themselves or explain themselves. Now, if you are unclear as to the allegation, it's as if you didn't give a notice in the first place.

Let me demonstrate. I am accusing you of something,

"Explain why you should not be given a penalty for the wrong thing that you did in the past."

"What did I do? How will I answer that?"

Exactly! If you are too ambiguous about the allegations, it's as if there was no notice given because it wasn't specified. So you might be thinking, "Atty. Erwin, when you say specify or be clear how does that look in real life?"

Well, I would include specific details, such as who was involved, where, where this happened, what happened when and why in case what transpired for this to end up this way.

So isn't that the just the five W's, attorney?

It is exactly, and that's what we teach when we teach how to create incident reports in our more comprehensive book, which is "The Complete Employee Discipline System", it's actually the same thing.

Pretty cool. Now, again, what are the consequences if it's not clear and specific? It's as if you did not even submit a notice to explain. Just like what I did with you.

"You did something bad in the past. Explain yourself." So it's as if I have no notice. It makes sense.

Tip 3: the maximum consequence should be stated on the NTE

Now I want to move on to tip number three, which is the maximum consequence should be stated on the NTE.

What does that mean attorney? OK, so you have to be able to apprise or notify the employee that these are the things that can happen if you don't take this seriously or you don't give us a rational justification or explanation.

So more often than not, it takes the form of spelling out the types of outcomes that are possible. You can be suspended or terminated if found guilty of the accusations.

So you have to put in the maximum possible... Yes.

What's the logic behind this? If you just say, "Oh, you can be verbally reprimanded or you might be issued a reprimand for this?"

And then finally, when the decision comes, you find that it's termination. That's unfair because the employee was not notified or apprised the full range of consequences.

So in that case, the employee is not aware of the gravity of what they are being charged of. So its a faulty notice. Also works both ways. So supposing you say you may be given a reprimand or suspended.

So it's up to this. Never imagined, however, upon investigation, it turns out that. The penalty was here, it's just a warning that is OK because it's in the favor of the employee.

So if you go lower, no worries, but you cannot go higher than what was stated in the NTE. Remember that again, if you don't state the maximum consequence and you over that, it's as if no notice was given.

So it's the same. If you're not clear and if you're if you don't put in the maximum penalty or maximum effect if it's as if no notice was given. Yes, because they weren't warned that this would happen.

Let me do the recap for you. Let's see if I remember when do we issue an NTE and we issue this when there is a penalty involved. Don't just willy nilly send out NTE for whatever imagined slight that you experience. You save it for whenever a penalty is involved. Yes. OK, so that's the first tip.

Second is in your NTE or in your notice to explain, your charge has to be very clear and specific. Otherwise, if it's not clear or specific, you run the risk of it being nullified or invalidated as if it wasn't issued. And that would be important in the next steps. Right?

And lastly, that step tip is that in your NTE, you should state the maximum consequence or penalty. Again if you don't do that, it may be it may be invalidated later on.

Now, if you want to learn more about the drafting NTE's please go to info.legalguide.ph/nte to learn more, and if you like this video, please give us a like and subscribe.

It lets us know we were able to help you and of course it encourages us to make more videos. If you learned something, please share it with your family and friends so it helps them as well.

One last thing. When you hold your team members accountable with NTE's, you're actually doing them a big favor. By calling tell them out of what behavior is acceptable, you teach them how to lead themselves. And when they learn what accountability means, you have planted the seeds so they grow as leaders themselves in the future. 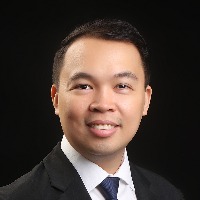